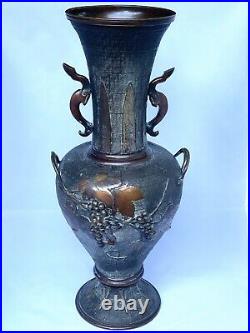 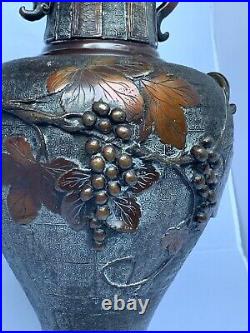 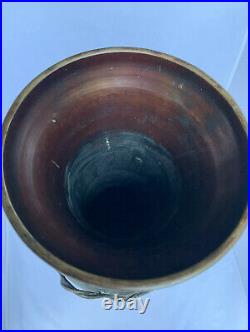 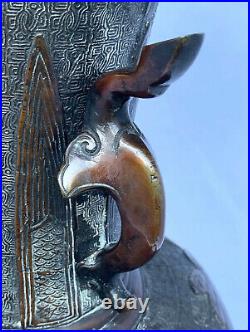 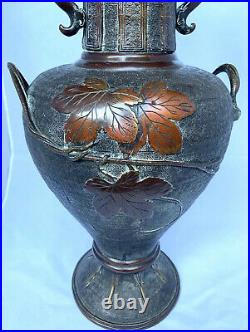 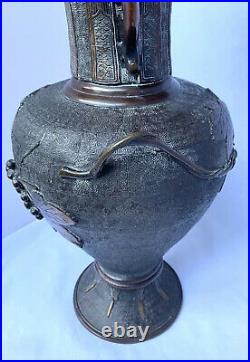 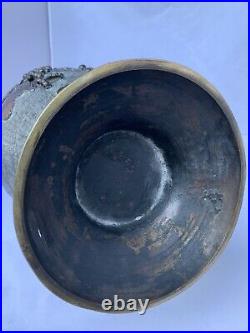 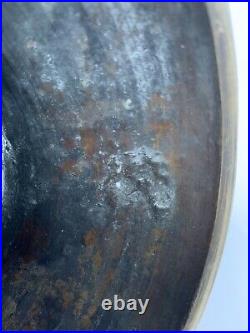 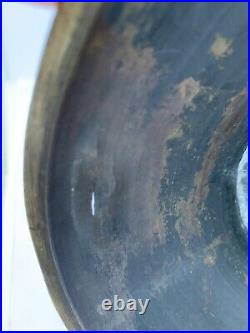 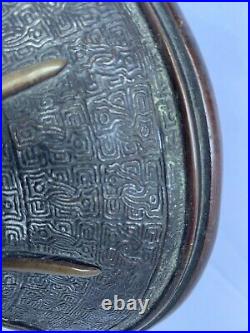 HUGE HEAVY Antique Japanese Meiji Bronze Vase. This large vase is cast in bronze, with relief decorations of grapes attached to the grapevine wrapping around its bulbous body with the twisted vine forming extended midway handles.

Condition: Amazing condition despite its age. Photos #8 & 9 show 2 minuscule holes. Last Photo shows small dented area of the hole in Photo #9. The Meiji period in the late 19th Century in Japan is often regarded as a golden age of craftsmanship, with excellent pieces such as this huge vase employing intricate, difficult decorative techniques.

In 1868 the restoration of imperial rule in Japan brought the Edo shogunate to an end, and marked the start of the Meiji era, which would last until the death of Emperor Meiji in 1912. During this brief period the country experienced radical social and political shifts, and a host of reforms which propelled Japan - closed to international trade for more than 200 years - from feudalism into modernity. Artistry in bronze-work reached new heights in the Meiji period, as a number of'metal-working' schools developed, creating intricate pieces including vases, sculptures, teapots and incense burners.