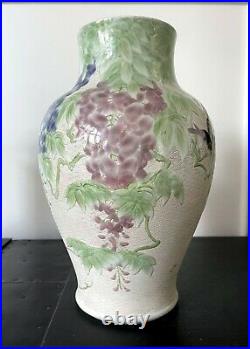 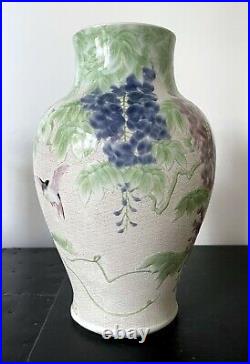 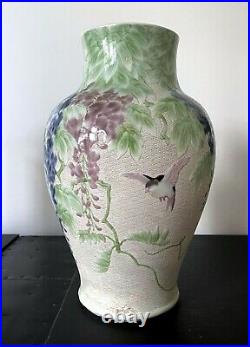 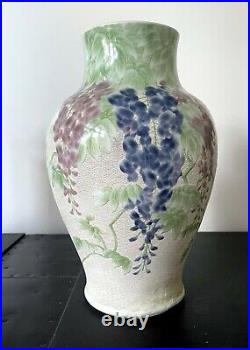 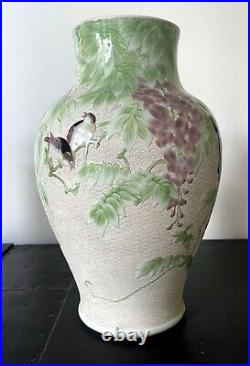 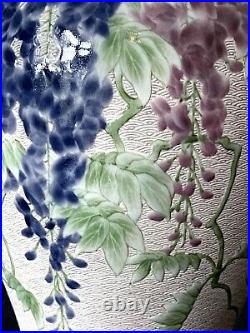 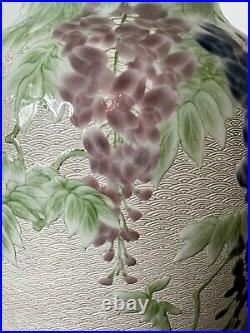 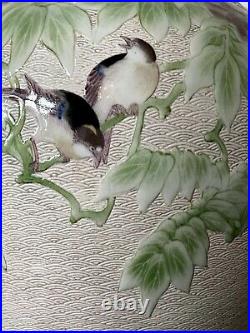 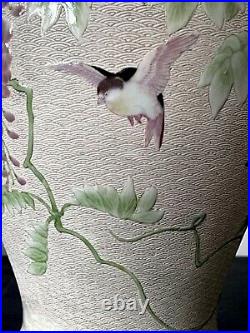 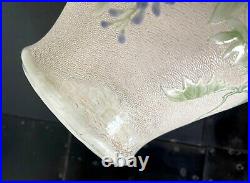 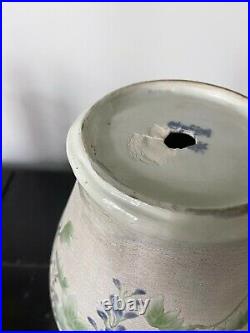 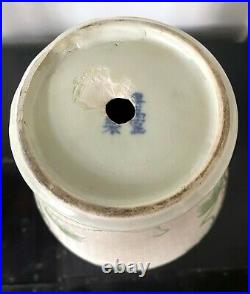 Dated to his underglaze phase post 1887 after he successfully mastered the new colors available from the west and used them to the best advantage in his work deeply rooted in Japanese aesthetics. The vase was potted in the classic baluster form with regal proportion.

The surface is decorated using a combination of techniques including low relief sculpturing, carving and underglaze paint to depict an idyllic scenery of hanging wisteria with swallows in flight. The subject of swaying wisteria blossom is Japanese in essence rooted in the classic "Flower and Bird Paintings" originally from China. The swallows, in two groups, were sculpted in low relief and realistic manner.

The background was meticulously carved into fish cloud pattern. The underglaze paint was exquisitely executed with mastery. The precision and gradient effect on the leaves and petals place this vase on a high artistic level. However, the vase was used as a lamp base and a hole was drilled in the center of the base, through the blue signature. An area of about 3 inches toward the base was restored historically.

The restorer tried to duplicate the fish cloud pattern but the result is left much to be desired. The repair does compromise the value of the vase, but because it is confined to one side only and toward the base, the vase can still be enjoyed in its beauty.

The price offered here reflects the flaw. An area toward the base about 3" by 2" were repaired (see detailed photos) including part of the base rim. Drilled hole in the base center through the signature. Some losses on the base as well. Minute and inconspicuous chip on the rim.

The item "Large Japanese Ceramic Vase by Makuzu Kozan Meiji Period" is in sale since Thursday, October 7, 2021. This item is in the category "Antiques\Asian Antiques\Japan\Vases".

The seller is "gallery-t" and is located in Atlanta, Georgia. This item can be shipped worldwide.